Nestled in the heart of North Carolina, in an area known as the Piedmont, is the City of Burlington: A City of progress and quality, which boasts a population of more than 50,000. Burlington is located only a few hours drive from the picturesque Blue Ridge and Great Smoky Mountains to the west and the scenic coastal beaches to the east. With a mean annual temperature of 61 degrees, an average rainfall of 51 inches, and four distinct seasons. Burlington residents and visitors are afforded the opportunity to enjoy many different recreational activities and events year round. 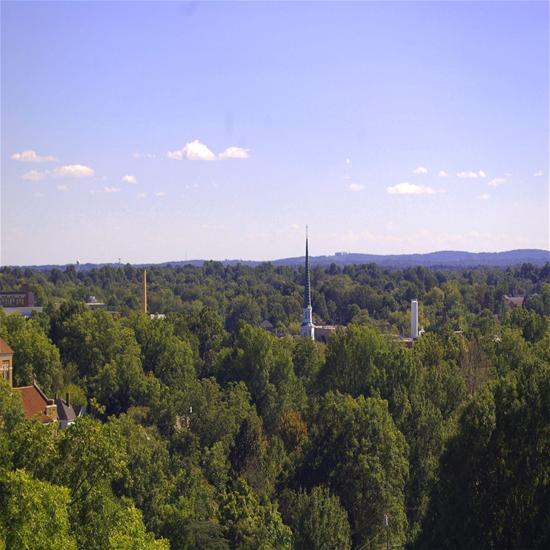 A Look at the Past
The City of Burlington can trace its beginnings to the 1850s when the North Carolina Railroad selected this area to be the site of its repair facilities. Soon after the railroad moved to the area, it became known as “Company Shops” and was chartered under this name in 1866. In 1866, the railroad moved its repair facilities to Spencer, North Carolina. With the departure of the railroad, Company Shops residents felt the need for a more appropriate name. They selected Burlington as the town’s new name and made it official in 1893 when the City was chartered and incorporated. The exit of the railroad created a serious economic crisis. However, this situation was short-lived as several manufacturing plants, textile plants in particular, began to spring up in the City. This manufacturing heritage still exists today providing jobs for the vast majority of Burlington residents.

Burlington is located in an area rich in history and tradition. There are many reminders of days gone by scattered throughout the City and surrounding area. Among these, to name a few, are:

The Depot
Located in the central business district, the Depot served as the arrival and departure point for those traveling by train. Built in the mid-1800s, the Depot was the hub of activity during the heyday of rail travel. Moved from its original location adjacent to the railroad tracks to its present site in 1978, it now serves as a meeting place for community groups and a site for special events and outdoor concerts. Adorning the walls of the activity room are 11 murals containing portraits of notable residents and depicting significant events that occurred in 1893, the City’s date of incorporation, and each of the decades during its first century of existence. Painted by Rodney Moser, the murals were commissioned and presented to the City by the Burlington Centennial Celebration Committee in 1993. 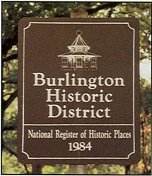 Burlington Historic District
In the area of West Davis and West Front Streets and Fountain Place exists an impressive cross section of 20th century residential architecture, consisting of Colonial Revival, Victorian, American Four Square, and many other architectural styles of the period. Some of these homes date back to the 1880s. This residential area is listed in the National Register of Historic Places. 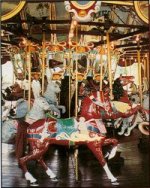 Dentzel Menagerie Carousel
Located in City Park and completely restored to its original beauty, the lovely carousel is symbolic with the City of Burlington. Built by the Dentzel Carousel Company between 1906 and 1910, it contains 46 hand-carved wooden animals. The Dentzel carvers were famous for their realism and attention to detail, which is evident by the detailed carving of veins and muscles on the animals. Each animal has glass eyes with pupils, and the horses’ tails are made of real horsehair. 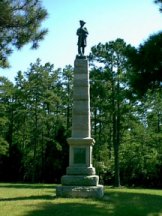 Alamance Battleground and Museum
This site of the first armed resistance to the British Crown in the colonies is located five miles south of Burlington on Highway 62. Here, 1,100 troops of Royal Governor Tryon and 2,000 Regulators (patriots objecting to British monetary policies) clashed on May 16, 1771. The restored battleground and historical museum are open to the public. Moving into the FuturE
Today, Burlington is home to ample amenities including state-of-the-art recreation facilities and a growing downtown. Whether you are looking to live in our community or start a business, we invite you to come and see all that Burlington has to offer.

For more information on quality of life in Burlington, please contact the Office of Public Information at 336-222-5076 or refer to our Citizen's Guide.