Downtown Burlington Historic District
"The Downtown Burlington Historic District is a commercial area of 72 buildings, arranged in four city blocks and all or part of the blockfaces of three additional blocks.... It encompasses what has historically been the nucleus of Burlington's central business district since its founding as a railroad repair site that grew into an industrial community in the second half of the 19th century. The district contains 45 contributing and 27 non-contributing buildings. Five of the district's resources have been individually listed in the National Register." 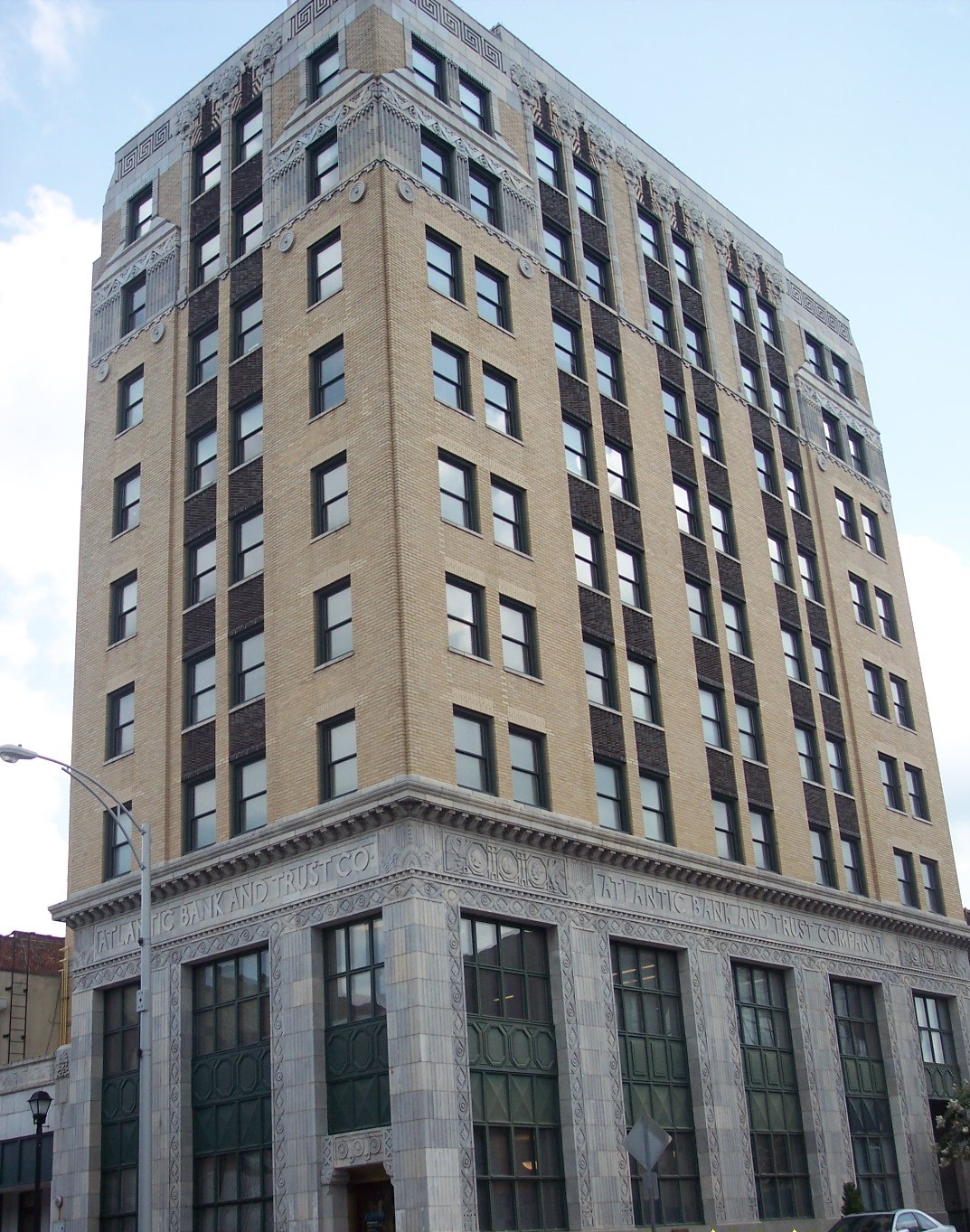 "The Downtown Burlington Historic District is locally significant... for the period 1885, the date of
the area's oldest contributing building, to the end of World War II. It represents railroading and textile producing, both of which were of critical importance to the founding of Burlington as well as the development of the North Carolina Piedmont and the state as a whole in the last half of the 19th and first half of the 20th centuries. 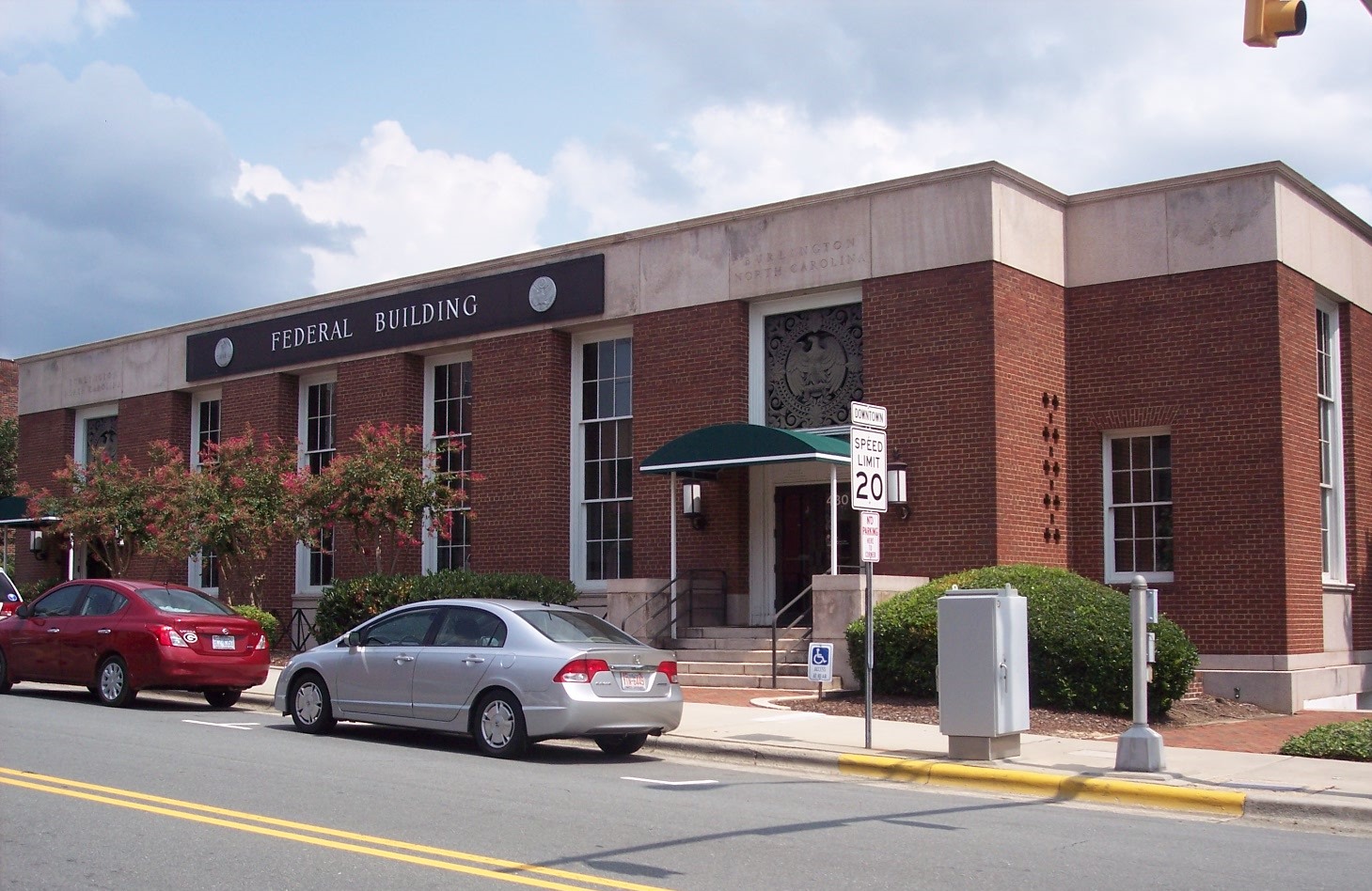 The fact that Burlington was a railroad repair and maintenance site from its founding, and that it became one of the preeminent textile producing communities in the country, make an understanding of its industrial and transportation-related past important to the history of these movements generally. The district is also significant architecturally as representing the varieties of vernacular commercial building styles articulated in the central business districts of industrial communities like Burlington across the Piedmont. Some of the styles represented include Neo-Gothic Revival, Classical Revival, Art Deco, and Art Moderne, all locally interpreted. Together, the industrial history of Burlington and its architecture portray the enterprise and resolve of North Carolina citizens struggling to recover from the long aftermath of the Civil War--and to prevail." 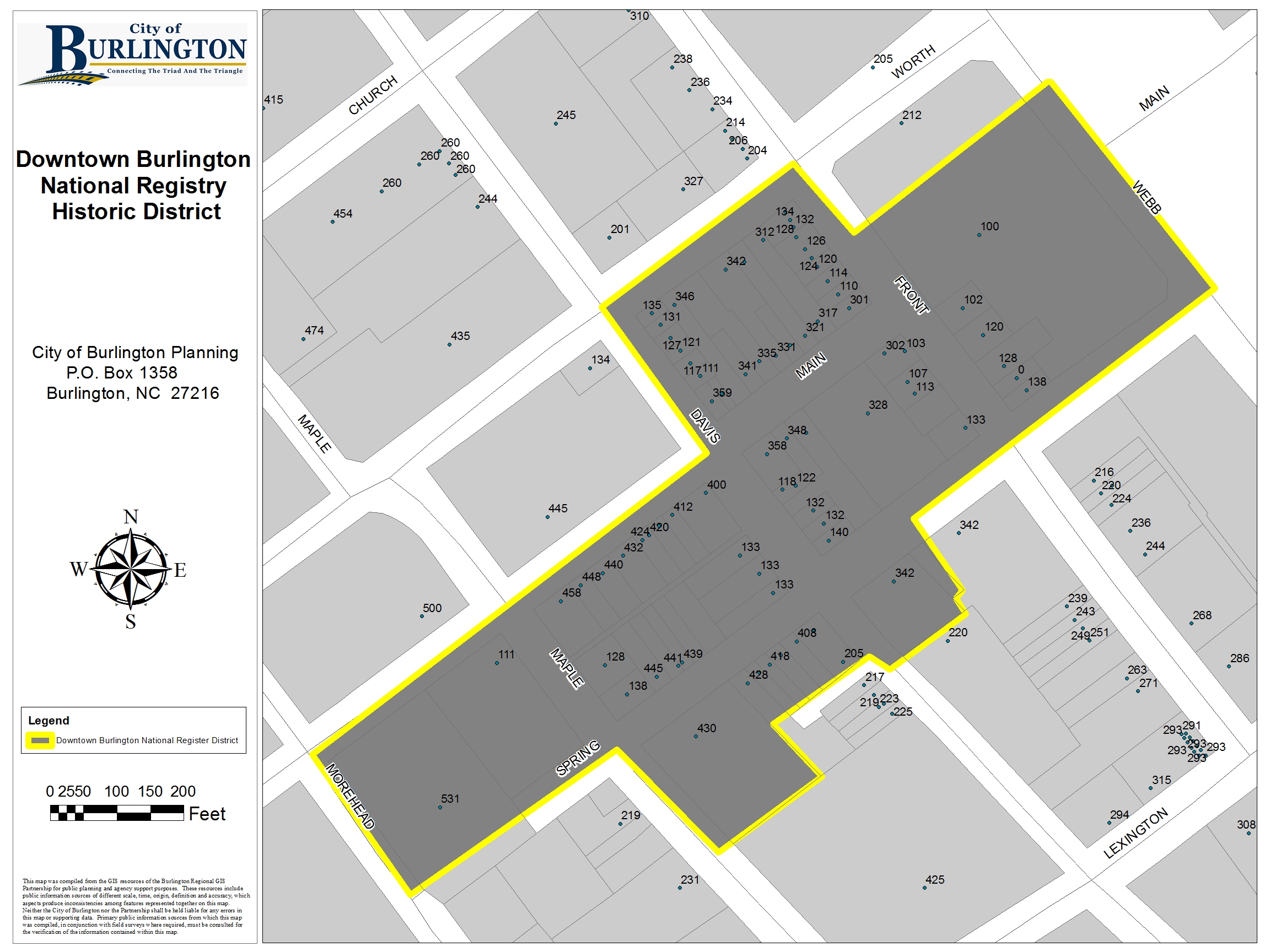