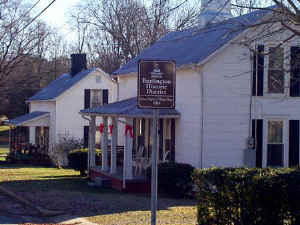 Lakeside Mills Historic District
"The Lakeside Mills District "consists of a one-story brick mill and ancillary buildings, 16 one-, one-and-a-half-, and two-story frame houses, and a store building--the central and major portion of the original 1890s Lakeside Mills village. The Lakeside Mills District remains remarkably intact, retaining its original general layout and semi-rural character. This situation is due primarily to failure of the mill to expand significantly and to minimal twentieth century urban development in the immediate vicinity. Because the number of workers employed by the mill remained fairly constant, very few houses were erected on the extensive village tract after the initial construction phase in the early 1890s."

"Lakeside Mills is one of the five cotton mills established in Burlington by the descendants of cousins Peter and Edwin M. Holt between 1883 and 1892. Organized in 1892 by Walter L., Edwin C., and Samuel M. Holt, it was instrumental in averting a financial crisis in the wake of the demise of the North Carolina Railroad repair and maintenance shops and contributed to Burlington's rise as a textile industry center of national importance. Of all of Burlington's late nineteenth century textile mills, Lakeside Mills is the least altered, its factory complex virtually intact. It is particularly noteworthy that the majority of the adjoining contemporary Lakeside Mills village is well preserved. Its original semi-rural quality marked by expanses of green space and an absence of later in-fill construction characterizes the neighborhood." 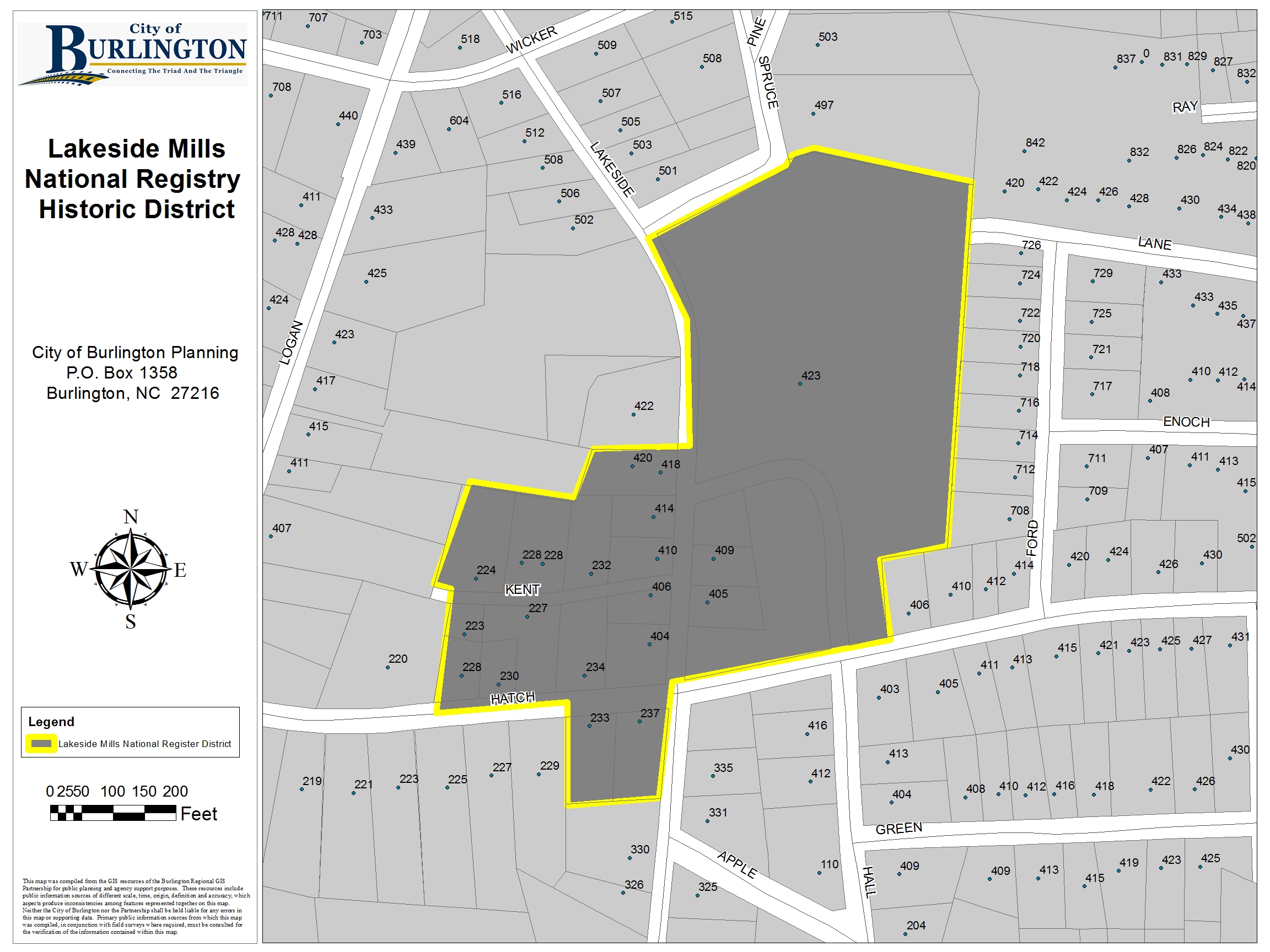