West Davis-West Front-Fountain Place Historic District
"The West Davis Street-[West Front Street]-Fountain Place Historic District is the principal intact residential neighborhood representing the urban growth and development which occurred in Burlington between 1890 and 1930, transforming it from a sleepy, pre-industrial community dependent on the railroad, to a prosperous city whose economy, though based on the textile industry, was beginning to undergo diversification. Originating as farmland owned by several of the families who sold land to the North Carolina Railroad Company for Company Shops, the area began to evolve as a residential neighborhood in the 1880s as the community's business and civic leaders sought home sites outside of the city center and away from the textile mills. At the same time, many of the town's churches located in the east end of the district and just beyond. Earlier, it had become the home of Spencer Thomas, a prominent black minister and tinsmith who owned a sizable tract here. For five decades, Burlington's foremost merchants, businessmen and industrialists chose the West Davis Street-[West Front Street]-Fountain Place District as the location of their fashionable houses which present a thorough and varied catalog of the period's predominant residential types and styles."

"The architecture of the West Davis Street-[West Front Street]-Fountain Place District comprises the most significant collection of late nineteenth and early twentieth century residential construction in Burlington. As such, it is a superb display of the variety of building types and styles that characterized Burlington's non-industrial residential neighborhoods.... The approximately 160 primary structures in the district range from traditional vernacular one-story frame cottages to some of Burlington's finest surviving examples of Queen Anne and period revival styles through a strong collection of bungalows and 'Period Houses'. The westward development of the neighborhood is evident in the concentrations of Queen Anne and early period revival styles in the east half of the district and later, purer period revival style houses in the west, with the 1000 block of West Davis Street devoted exclusively to period revival style houses. Overall, however, the district conveys strong complementary senses both of continuity and heterogeneity due to the location of a few early structures in the western end of the district, the appearance throughout of Foursquare houses and bungalows built from the 1910s through the early 1930s, and the existence of outstanding representatives of each of the major styles that punctuate the street scapes as pivotal structures. Solid construction and fine craftsmanship characterize the district, which exhibits a variety of exterior materials including frame weatherboards and shingles, brick, stucco, and various types of stone." 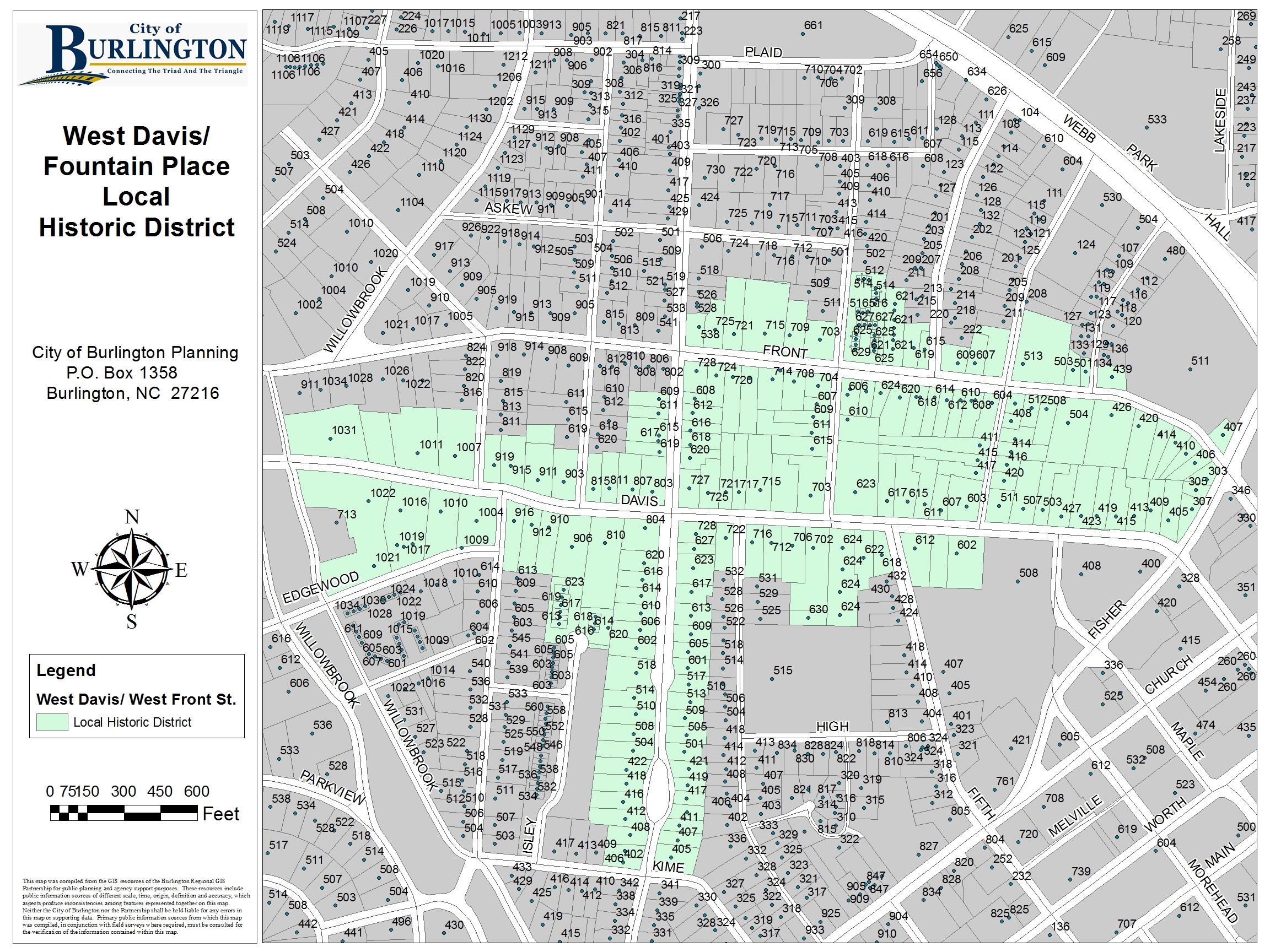